Revolutionary artist CruSz is returning with his latest EP, Okay Boomerz on the 19th of March via Enchanté Records. Along with the EP, the star is sharing the video for its title track. The EP was mastered by long-time friend Alex Gopher, who also remastered CruSz’s previous hit album, Whispering XXI. The album boasted one of the classic underground club tracks of the time, ‘Whispering’, which would make itself at home at the Le Rex Club in Paris, the Limelight in NYC, the Womb in Tokyo or the Pacha Club in Ibiza and receive an official remix from The Toxic Avenger. CruSz himself would go on to create an official remix for ‘N’importe Comment’ by The Toxic Avenger and Orelsan.

Hailing from Paris, CruSz has been creating music since 1998, marking himself as a legend of the underground Parisian scene. The producer has since lain low, allowing the years of music to sweep over him but staying in touch with the timeless styles of Daft Punk, Siriusmo, DJ Premier, Demon. His own, startling unique sound calls to mind the likes of Daft Punk, the old school style of Eurythmics and the modern works of Etienne de Crecy.

Glaringly unconventional and in-your-face snarky humor leads the EP as ‘Okay Boomerz’ immediately strikes a catchy tune. Be careful before you allow this earworm to wiggle its way into your brain – this creature will make a permanent party featuring unforgettable beats and neon lights. CruSz once again provides the tunes to an epic night out.

“I had the idea of ‘OK Boomerz’ first because it suited my mood at the time. I wanted to prop up this claim for an electro track, and it happened over a weekend without sleeping. Obviously ‘Stupidodiscodoom’ is a mixture of many modern sounds summoning the art of sampling and sound stacking. I wanted to compose this sound that can be heard in the distance, muffled and at the same time that fascinates you to the point of wanting to join the party.” – CruSz takes us through his latest EP. 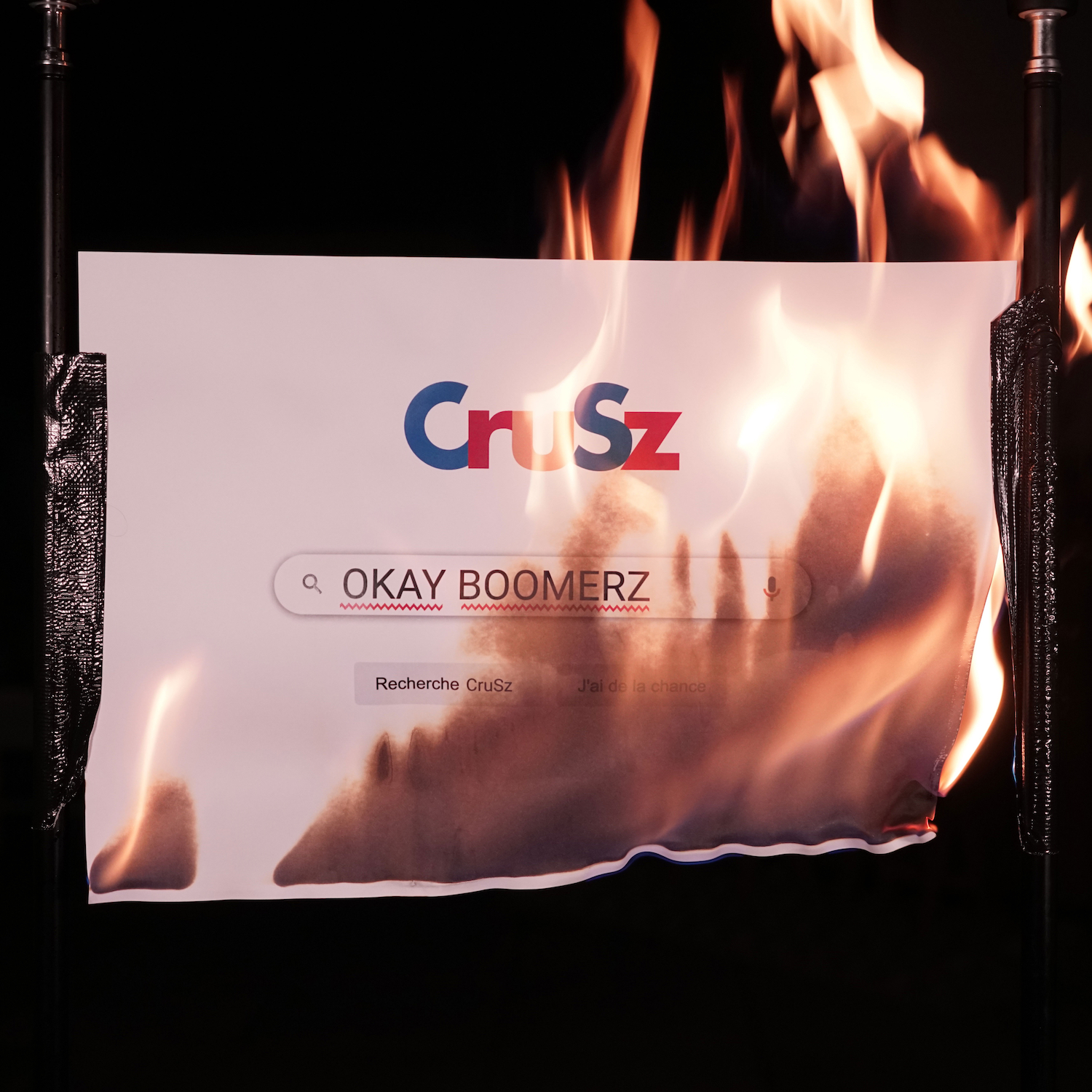 Mick Lite served for 12 years in the military and is now an entrepreneur and photographer. Has worked as the official scorer and social media manager for the River City Rascals, Statistician for the Missouri Monsters arena football team, and as the Team Photographer and social media consultant for the St. Charles Chill, SLU Hockey, and the St. Louis Slam. Follow him on Twitter and Instagram @micklite7 and Facebook.com/TheMickLite7