Why the Cardinals can (and should) get him (and pitching)

The trade deadline approaches and the St. Louis Cardinals are being thrown into the mix as a team looking to upgrade. Despite having 3 players in the top 15 in WAR in Major League Baseball, the Cardinals are in Washington with a lackluster 53-47 record, which puts them 2 games out of a playoff spot. Before we can watch Wainwright, Molina, and Pujols ride off into the sunset, the front office has an interesting situation on their hands. Juan Soto is available, and the Cardinals have the pieces to get him. Wouldn’t it be phenomenal for the Cardinals to just invite Soto back with them on the team plane?

Yes, I’m well aware that the biggest “need” for St. Louis is to address the pitching staff. It’s no secret that the Cardinals don’t have too many reliable arms to go to at the moment. Outside of the aforementioned Wainwright and a resurging Miles Mikolas, the rotation needs help.  The Cardinals signed starter Steven Matz in the off-season to a 4-year deal worth $44M, but is sidelined again due to injury. Outside of that, no other Cardinals pitcher has started more than 10 games.  Flaherty is likely a non-factor for the rest of the season. Pallante has been serviceable, but most of the other “starters” have struggled to cement themselves into the rotation. Thankfully, Dakota Hudson is set to make his return during the Washington series, but a dive into the metrics show that he may not be a true #3 starter.

The starting pitching market is “fine” for lack of a better word. Names like Noah Syndergaard, Madison Bumgarner, and Frankie Montas are recognizable and would provide much needed support. Pablo Lopez of the Marlins and Tarik Skubal of the Tigers may not be as well known to the casual fans, but would also be solid improvements if the Cardinals are able to make a deal. Any of these arms more than likely require some solid mid prospects or young Major Leaguers. And while Soto will require that as well, the Cardinals have one of their deepest farm systems in some time.

Aaron Mullins on Twitter: “Day 1 of tweeting for the Cardinals to trade for Sean Manaea or Frankie Montas #STLFLY #STLCards #TimeToFly / Twitter”

But now, let’s talk about Soto. A player like this not only deserves a look, but he deserves the haul the Nationals will ask in return. He’s pretty good after all. According to Fangraphs, since his debut in 2018, Juan Soto is 10th in Major League Baseball in fWAR, and 3rd in WRC+. Oh, he’s also just 23 years old. Soto is among the leagues best hitters and it’s arguable that he’s only going to get better from here. This is his career slash line.

“But Aaron, won’t the Nationals want top prospects back in return?”

Now, I’ll start by saying that nobody in the organization is “untouchable” in a hypothetical trade. I would certainly like for the Cardinals to keep Jordan Walker, but Juan Soto is worth it A deal for Soto likely requires at least 3-4 Top 10 prospects, and potentially big league talent on top of that. It’s a lot to give away.  But here’s the thing about prospects. They’re not proven. Juan Soto is proven. Since his debut, Juan Soto owns the highest walk rate in baseball at 18.9%. That’s better than Mike Trout… Aaron Judge… everyone. That’s better than everyone. His plate discipline at 23 years old is incredible.

The Cardinals are no stranger to big name trades. Granted they typically save them for the off-season, but Paul Goldschmidt and Nolan Arenado are proof that the Cardinals are willing to deal prospects for proven talent. It has been quite some time since the Cardinals made a move this significant at the deadline, but one name does come to mind.

The Oakland Athletics send OF Matt Holliday to the Cardinals for IF Brett Wallace, OF Shane Peterson, and RHP Clayton Mortenson

Matt Holliday is well known among the Cardinals community.  This trade was highlighted by Brett Wallace who was considered as one of the Cardinals top 3 prospects, along with mid-lower level prospects, Shane Peterson and Clayton Mortenson. How well did that trade work out?

Brett Wallace was traded shortly after and never played for Oakland. Peterson faired only slightly better, accumulating 8 plate appearances in 2013 before being moved to Milwaukee. Mortenson started 7 games over the course of 2009-10 sporting a 7.22 ERA.

It’s safe to say the Cardinals won that trade, and that’s without even factoring in the fact that the Cardinals signed Holliday following the 2009 season to a 7-year deal worth $120M.

Paul Goldschmidt was and is a proven talent and one of the best first basemen in baseball. Goldschmidt only had one year left before free agency and the Cardinals were willing to give up a young controllable starting pitcher in Weaver, a top catching prospect in Kelly, and another lower prospect in Young. How has the return been for Arizona?

Luke Weaver has struggled to stay on the field, and with that has shown inconsistency in his game. His 2019 campaign gave a glimpse into his potential, sporting a 2.94 ERA (3.07 FIP) through 12 starts which was good for a 152 ERA+. Unfortunately, since 2019 his numbers have nosedived. Over 36 appearances, Weaver has an ERA of 5.62 and an ERA+ of 77. A silver lining to Weaver is his 2.67 FIP in 2022 compared to an ERA of 8.22 so it’s fair to say that some bad luck may be involved. I look for the Diamondbacks to keep him around and see if the 28 year old can turn it around.

Andy Young didn’t make a significant impact with Arizona amassing just 138 plate appearances across 2020-2021. He is currently in AAA in the Nationals organization.

Paul Goldschmidt in 2019 had a down year by his standards, but still managed to put up a respectable split of .260/.346/.476 over the regular season. He also clubbed 34 Home Runs with 97 RBI’s and a 115 OPS+.  It’s hard to say the Cardinals didn’t win this trade and that’s without looking at Goldschmidt’s results after his 5-year extension to stay in St. Louis.

This trade will continue to get more looks as the years go on due to most of these prospects still being in the Minor Leagues, but the headline names were certainly Austin Gomber and Elehuris Montero.

Austin Gomber across two seasons has an ERA of 5.10 with a FIP of 4.61. The Coors Effect could be in play, but a 93 ERA+ shows that he’s still underperformed to this point.

Montero currently sits as the Rockies #6 prospect in their organization. He has a split of .320/.397/.549 for AAA Albuquerque, and only has 34 at bats for Colorado.  Montero is still young at just 23 years old, and could very well develop into a solid big leaguer down the line.

Neither, Gil, Locey, or Sommers are within the top 30 prospects in the Rockies system. Locey currently sits at AA, while Sommers and Gil are still in A ball. It’s tough to say whether any of these three players will play a factor long term for Colorado.

I wanted to look back at some of these trades to give you an idea of how “prospects” end up working out.  In these instances involving the Cardinals, it was overwhelmingly positive for St. Louis. In a trade for Juan Soto, the asking price will be significantly higher. And that’s okay.  At the end of the day it’s a win-win scenario for the Cardinals. If they acquire Soto, they get one of the best players in all of baseball. If they don’t, they’ve still got Jordan Walker, Masyn Winn, among other prospects.  I do believe that the Cardinals will find a way to address the pitching staff regardless, but a trade deadline move to acquire Soto will be a move we talk about for years. 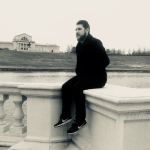 Love Is Alive: The Judds

G. Love and Donavon Frankenreiter Kick off Their...