Unfortunately, this was a common sight for Rams fans. Photo by Bob Donnan/USA TODAY Sports.
FootballRams

It’s pathetic to hate your ex this long

A love letter to for St. Louis Rams “fans”

Hey buddies…I feel like we need a nice come to Jesus talk about the Rams. We’re on the border of becoming the pathetic ex that people used to feel for, but now they secretly think, “God…I can see why she left. How small and petty can you be…”

See, even reading that sentence got you all…as the kids says…up in your feels.

Let’s walk back through the past six years so I can show you exactly what you sound like right now.

Hey buddy, you doing ok there? Look, I know she moved on and is trying to live her dream, it’s ok to hurt for a while. It’s natural and normal to feel this way. Just, don’t let it eat you up. Time marches forward and you can too. You have all the strength to move on, grow, and be better on the other side. I mean you still have your old buddies Louie and Fredbird that truly love you and bring you more joy than she ever did.

See, there you go! She treated you like garbage these past 8 years anyway! I can’t believe you loved her this long. You’re so loyal…hey, it’s her loss right?

Hey, hey…calm down…no…no…don’t get upset. Yeah she’s in LA…you know that’s what she always wanted…for god’s sake it’s where she grew up! She wants to be a star…she’s about fame, not glory…

What? Oh…she has a chance to win it all. I can see why you’re upset…just remember she’s an ex for a reason. Do you remember all the losing? It was all her fault…she never really tried…she just faked the effort…like when she tried to get life coaching from that 7-9 guy? Hired some new kid from the dust bowl that had a porcelain knee? You were tired of her…you were glad she was gone! “Who needs her anyway?” you kept yelling.

Do you actually miss her and want her to come back? I didn’t think so, you want an expansion girl! Not just some rebound, but a team that’s in for the long run. Not another girl from a distant city, a city that’s always hanging over your head. No matter how great you treat her….you’re not her first love.

See look, she lost to the guy that stole a ring from her when she was here! See…she keeps getting what she deserves! There we go, all is good again.

You are so strong, I like the way you handled that. It shows true maturity on your part.

A lawsuit? For leaving you? I mean…I guess that’s one way to get your pound of flesh? Over a billion…are you insane? Look…I know you think you got this in the bag…but she’s got waaay bigger guns on her side….you actually think….are you outta your mind?

LISTEN TO ME….YOU ARE NOT GETTING THAT MUCH MONEY NO MATTER WHAT THE GUY ON THE RADIO SAYS…HE IS NOT A LAWYER.

So…I see it was less than that billion you were talking about…and you feel you got hosed? Well…welcome to America buddy…there ain’t no such thing as a fair shake when you’re dealing with the billionaires. We got exactly what we all should have seen coming…

If you thought there was gonna be some kinda fairytale ending…I guess you weren’t  paying attention to the plot since 2010.

Hey…HEY…this is pathetic…you are pathetic. She left you SIX ENTIRE YEARS AGO. Six…not last week…not last month… One two three four five SIX years ago. I am done listening to you whine and complain about how she wronged you…Get over it. You know what…at first I was on your side…now I’m starting to see why she left you in the first place.

Just shut up…why are we even friends anymore? Good god… do your eyes even work? There’s a brand new stadium being built across from Union Station! Put your focus there. That’s healthy. This is pathetic…sad…and you know what, it really reveals more about you than her. Do you even possess any self worth? She’s obviously moved on and doesn’t even think about you. Think about that…she was with you for twenty years and now she doesn’t even remember your GD name.

It has been 6 years, get the Eff over it.

Whew…I needed to get that out. I feel better.

And that is where we are now friends.

The Rams left us over 6 years ago to go back from whence they came. We were never their home. Think of it like they took a promotion in the corporation with the hopes of one day heading back to LA for that Director Position they really wanted. They used us, gave us a title, and left us with an empty building that feels like an abandoned Pizza Hut.

The first year, year and half, I got your anger, but now?

Question: You know how long they’ve been gone?

Answer: When the Rams last played in St. Louis Barack Obama was president.

It’s time to move on and stop caring. Sports in STL are amazing. The Cards are going to win the Central, the Blues are going to compete for the Cup, The Billikens are in a fight for the A-10 title and a run for glory in March, and St. Louis City launches next year! It does not get any better than this my friends.

Stop bad-talking your ex. It’s sad…pathetic…and only makes you, and the entire city of St. Louis, look like petty small people that never deserved a football team. Yeah, neither does LA, but LA is what she wants, and you need to respect that.

W.E. Sauls is a native St. Louisan, a graduate of Lonedell R-14 Elementary, and the frontman of the band Money for Guns. 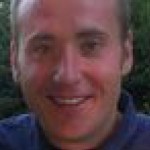 Lindenwood Football will Open the 2024 Season at...