“The band coaxes a magisterial emotional reckoning from sounds that we’ve all heard before, but which have never really sounded like this.”

“Rousing, biting songwriting with just an element of pop”

“…Saint Mars have tapped into the deeply emotive powers of music…”

Saint Mars have released their latest single, ‘Pacific State’ on the 8th of May via AntiFragile Music. The single was premiered via Beats Per Minute. Alongside lead singer Tryzdin and head honcho Marc Darcange, the single features Jethro “Alonestar” Sheeran, rap star from Bristol and Ed Sheeran’s cousin. Jethro “Alonestar” Sheeran topped the US billboard charts with the single ‘Outlaw’ and the album Tropical House to Jamaïca. The band is made up of a variety of experienced and talented musicians across the globe including founding member Angelo Bruschini (Massive Attack guitarist), as well as special guests, Brent Paschke (N.E.R.D., Pharrell Williams) and Robert Brian (Siouxsie, Goldfrapp, Simple Minds). Saint Mars’ hit, ‘Loveghost’ earned Tryzdin a SongBro Award for Best Singing and received airplay in more than 20 countries while their single, ‘Help’ had its music video premiered via CLASH Magazine and featured by Music Week. In total, the outfit has reached over 1.2 million views across streaming platforms.

The choice of 15-year-old frontman Tryzdin may appear to be an unusual one at first, however, all possible doubts fall away as soon as one hears his impressive vocal range. Tryzdin shot to fame at the age of 11 years old, when a Youtube video of him singing Adele’s ‘Hello’ went viral, receiving nearly 3.7 million views.

Receiving inspiration from artists such as Panic! At the Disco, Twenty One Pilots, Massive Attack, Empire of the Sun, M83 and Groove Armada the band ensures that they present a unique sound. Dreaming of an open road and endless horizon, ‘Pacific State’ is a majestic rap/edm/pop trifecta. The result of these influences draws the resulting sound in close comparison, with the likes of Massive Attack, Chainsmokers and Empire of the Sun springing to mind.

Using abstracted vocals to deliver a message of hope, Saint Mars challenge the conventions of music production. Pairing a melodic bassline with textured sound, ‘Pacific State’ presents itself as an impassioned single. Cruising along a beat with booming drums and expansive, warping synths, the song leads to the yearning hook, “Pacific State, I want to believe, never give it away. Pacific state, pacific state, for you and me, we’ll be keeping our faith”. Embracing distortion where others may shy away, the industrial influenced soundscapes provide insight into a post-apocalyptic world. Despite the fantastical inspirations, the core value of optimism takes precedent, making it appealing to all who encounter it.

Speaking of the track, Saint Mars tell us, “With “Pacific State”, we wanted to fuse pop and trip-hop with obsessive tribal beats and draw a line between Massive Attack, Empire of the Sun and Tears for Fears. The song takes you back to the glorious magic of the 80’s… “Pacific State” delivers a message of hope, carried by the ongoing faith in a better world after a tragic fall, and the necessary perseverance in adversity.” 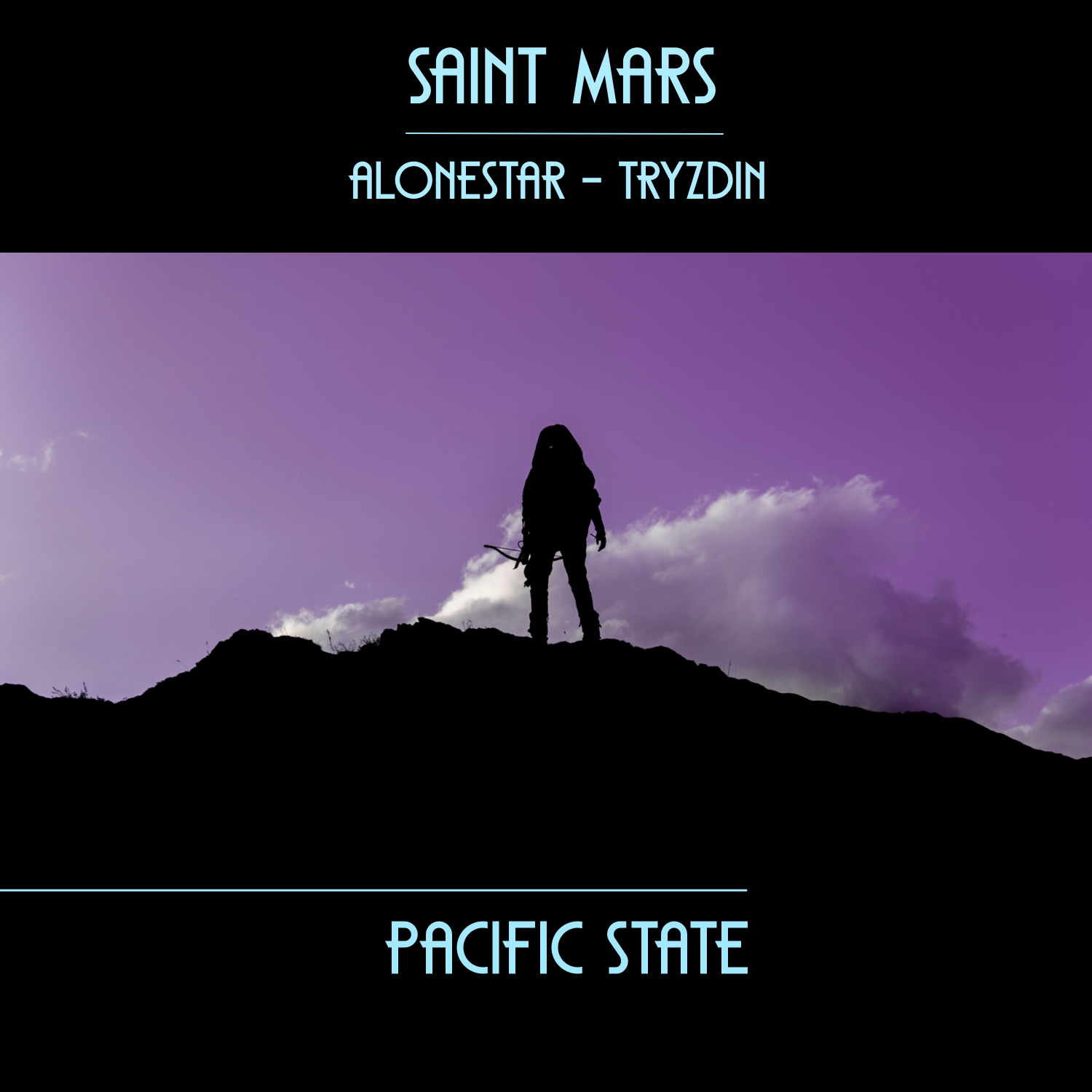 White Reaper Rocked on Their Opening Night of...